What I’ve found, is that we need to learn to speak the same language and use the same definitions when dealing with another person.

What I mean by that, is that any single person has their own definitions of words and combinations of words, and gestures, and what that means to them, based on their past experience, culture, family and what they’ve gone on to learn.  But whenever two or more people gather together, issues can arise from the simple fact that each person has their own unique definitions drawn from unique experiences, and often people assume that they know what those definitions are, when they really don’t.

An example of this is when somebody replies defensively, “Hey.  It’s simply logic.  It’s common sense.  Anyone would know that.”; or “What do you mean you don’t understand?! – I’ve been telling you for the past half hour what I mean!  How can you honestly stand there and act like you are this dumb!?”

Ouch….Looks like these people need some “Non-Violent Communication” (NVC); or at least a common way to communicate, so that both parties can be relatively sure that they understand one another.

The thing is, people tend to assume that the other person can read their mind.  That’s too bad, because a lot of heartache could be avoided, if they would just take the time, sit down, and explain what they really mean by the words that they use.

Take, for example, my friend and I having an argument over the issue of the word, “work”.  It’s a simple word, not that long; and when you say, “I’m going to work”, most people know what you mean.  But when you refer to work as something other than your job; then things can take on a different meaning.  I’ve argued that by labeling something you might like to do, as ‘work’, simply because you’re getting paid for it,  it could cause you to have negative feelings associated with what you like to do!

To some, “work” means struggle, effort – ‘blood, sweat and tears’ – ‘by the sweat of your brow shall you toil’, (according to the Genesis, in the Bible).  But work could also simply mean the result after you put energy and action into something.  What if you really like to dance…stripper, hip hop, whatever; but you get paid to do it.  Is it still considered, ‘work’?  For some, it would be.  For others, it would not.  Some people might say it was a hobby that they got paid for.  If you are an escort or a Gigolo and you love to have sex…but you get paid for it – Does that constitute, ‘work’? –  Well, it wouldn’t for me.  But that’s just me.  And that’s just my point…everyone has a different definition and a string of definitions for every single word or symbol.  Figure out what that is; and you’ll be communicating like you never did before.  They’ll say something like, “It’s like you’ve known me my whole life!”, or “I was just going to say that!”, or “Wow, those are some pretty powerful psychic abilities you have there.  You read my mind!”

Let’s take another example. – A rather simple one that we’ve all heard:  A young salesman comes up to a lady, and says, “Can I help you, MAM?” – Boy! – Did he just stick his foot in his mouth?  In her mind, she’s going, “Oh, I look old enough to be called, ‘MAM’, now, do I?” – When this guy may have been raised in the South where it’s well known that boys are taught manners at a very early age; and this is simply a word of respect for him.

One last example here:  Remember high school math?  Maybe you’re still there learning about the ‘Order of Operations’.  Sound familiar?  If not, I’ll jog your memory for a moment:  The ‘Order of Operations’ can be remembered using an acronym of PEMDAS…Parenthesis, Exponets, Multiply, Divide, Add, Subtract. – And the reason why students are taught this is because there are times when a person is doing a math problem and they might come up with a different answer, having added, before they multiplied, possibly.  There has to be a standard, shared language across the board, so that when people say I did such and such and came up with this result; other people can follow them exactly to get the same result.  Imagine the chaos different car industries might go through if they tried to use the results from someone who didn’t know their ‘system’.

The small amount of time that you spend learning what your potential spouse’s Relationship Language – your friends’ or even someone you just met – will pay you back many times over and save you countless arguments and all that time trying to explain yourself while you are both angry or frustrated and not in your ‘right mind’.

I’ve discovered that the worst time to try and be logical with someone is when you are in the thick of a heated argument.  Rationality seems to go right out the window; and people get incensed over the stupidest things, when they should be trying to make their relationship stronger.  I mean, that’s the whole point, right?  – To remain in the relationship and to grow together; not split up because someone felt butt-hurt over a technicality, right?

So, do the right thing and think about the words you use and what they mean to you; and when things are going all cozy, start this conversation with your friend, partner, boyfriend, girlfriend, significant other…whatever. You’ll be glad you did; I promise!

Random Photo Gallery…Using this to play around and learn about Wordpress Themes and Their various “Widget” stuff! 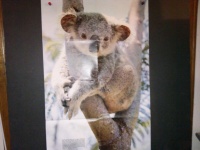 A pic of a silver, four-door, automatic pickup truck. Whited out license plate with “Paint” program 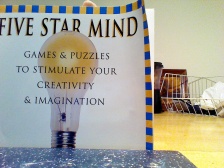 I book I really like: “The Five Star Mind” 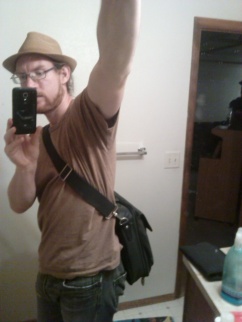 Playing with my phone’s cababilities. Using Reflection from mirror, to get a shot of me – Phone didn’t have ‘Selfie’ camera, so I improvised

A scooter that my friend Trevor got for free and gave to me – Still needs tender love and care! 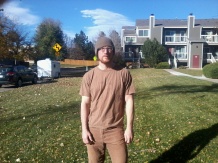 A scooter that I took a pic of outside of the local Boulder, CO “Target”
%d bloggers like this: