It’s felt everywhere; and it’s lack of feeling is noticeable to those who ponder these things:

Synergy.  I think that I began to use this word back when I was exposed to it in Earth Science in Rutland High, in Rutland, Vermont.  The way it was explained to our class was this:

There are certain partnerships in nature, where the benefit is greater for both than it would be had they done their own thing.  Think…moss on a tree.

One of the dictionary.com definitions is this:

1.
the interaction of elements that when combined produce a total effect that is greater than the sum of the individual elements, contributions…
Perhaps where this is felt the most, is when you are in a darkened theater, and your senses become overwhelmed while watching a movie.  Any one of those elements – sound, light, character, plot, music, or tone – any one of these, alone, could not do what all of them brought together in a harmonious whole, could.  There’s a particular type of movie that almost always gets me…you know the kind – inspirational – where the main actor(s) must overcome great odds to realize their dream.  One of the coolest is where someone is a lousy dancer, but they dream, night and day of being a really good one and getting their non-committal body parts to work – like how? – you got it…synergistically!
I know that the movie has had a profound effect on me, when I get goosebumps up and down my arms, and the shivers up my spine.  Sometimes a tear or two will leak out.
That’s the power of synergy.  Now, Imagine the same movie, with the lights on in the theater, and a baby crying, and the sound track skips and the characters flub their lines; but the color is great, and there’s a real sharpness to detail and the story line is amazing.  Even though a few of those things are pretty awesome – you still don’t get the same powerful rush of feeling, which can even alter your brain and body chemistry! – with just a few of those elements, do you?  Especially, when you have competing, IN-harmonious elements, like the crying of the baby and a scratchy or intermittent soundtrack.
So…3+4 does not always equal 7.  Mathematically, we’ve been taught that it certainly does.  Now, I invite you to rethink that.  Sometimes, 3+4 = 13.  The individual numbers and what they add up to aren’t nearly as important as the concept that they convey:
WARNING:  Technical stuff ahead!
Geometry will show this, as well.  1: is a point in space and time.  2: is a segment or a line created by infinite points in between the two.  3: creates the first enclosed shape – the triangle.

Random Photo Gallery…Using this to play around and learn about Wordpress Themes and Their various “Widget” stuff!

A pic of a silver, four-door, automatic pickup truck. Whited out license plate with “Paint” program 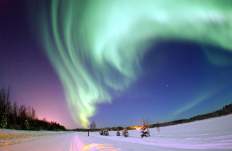 Playing with my phone’s cababilities. Using Reflection from mirror, to get a shot of me – Phone didn’t have ‘Selfie’ camera, so I improvised

A scooter that my friend Trevor got for free and gave to me – Still needs tender love and care!

I book I really like: “The Five Star Mind”

A scooter that I took a pic of outside of the local Boulder, CO “Target”
%d bloggers like this: